Darren received a life-changing kidney from a friend.

Darren was born with chronic renal failure and has had five kidney transplants in his lifetime.

Most recently, he received a kidney from a living donor; his friend Lee.

Darren had been told that he would no longer be suitable for a transplant from a deceased donor, and that his only hope was a donation from a living donor.

Darren said: “At the time I thought it was crazy, you know, you don’t just go to somebody and say ‘can I have your kidney?’”

Fortunately, that’s where his friend Lee stepped in to help. Darren says Lee was adamant he wanted to help as his wife had recently died and he wanted something positive to focus on.

Since the transplant, Darren has been able to start a family, and is now married with two daughters.

He's given me a new lease of life. You know, he doesn't understand fully what he's done. 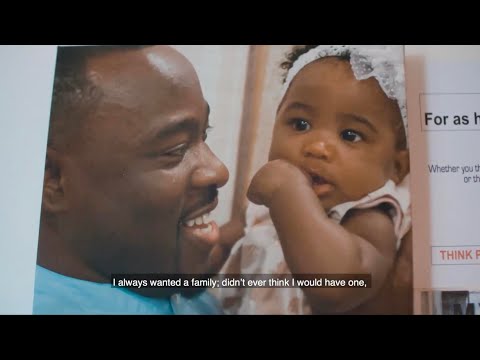 Across the UK, more than 1,000 people each year donate a kidney or part of their liver while they are still alive to a relative, friend or someone they do not know.

Find out what you can donate

Order or download a range of materials, including faith-specific leaflets.