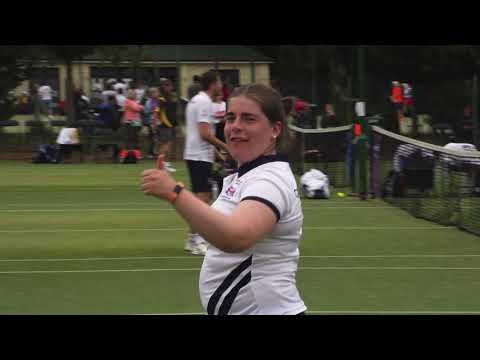 Participants from 59 countries across the world took part in the World Transplant Games which took place in Newcastle and Gateshead from 17-23 August.

Team Great Britain and Northern Ireland came out on top of the medals table with a truly impressive count, winning 205 gold, 152 silver and 127 bronze medals. Second place with 67 gold, 51 silver and 38 bronze were the team from the USA, with Islamic Republic of Iran 3rd, Canada 4th and South Africa in 5th place.

Almost 1,500 athletes competed in 16 sporting events across 13 venues in the region. All competitors were transplant recipients, donor families, living donors or those who have had their lives touched in some way through organ donation. Through these inspirational stories the Games highlighted the lifesaving and transformational impact of organ donation, and the second chance of life that competing athletes had been given.

In his 20s, Aidan was working as an arborist, or tree surgeon, and cycling every day.

He developed an unusual cough and was diagnosed with giant cell myocarditis, a rare cardiovascular disorder. After his heart began to fail, he found himself in desperate need of a transplant.

Aidan picks up the story:

"I had a heart transplant in 2014 and my recovery began. I got stronger slowly and am now back working outdoors. After a few years off the bike I got back on and discovered the British Transplant Games. This was my first time competing for Team GB and I was blown away with the level of competition, comaradery and warmth. I am proud of both mine and the team's results in the cycling events - I’ve never competed in such a professional event, it was an incredible experience.

The Games were extra special for me as I had the opportunity to meet the parents of the young man who donated his heart to me. It was a very surreal and emotional experience. One of the moments that really stuck with me was hearing them say how devastated they were when he passed, but that they had a clear memory of being out for a walk and him telling them that he’d signed up to the Organ Donor Register. He didn’t just save my life, but 5 lives. Now that’s a legacy."

Ex-footballer Andy Cole received a kidney from his nephew in 2017.

Throughout the games we shared a number of stories from the competitors taking part, here is just a small selection on Facebook:

The games baton has now been handed to Houston, USA who will host the 23rd games in 2021.