NHSBT uses cookies which are essential for the site to work. We also use non-essential cookies to help us improve our services, any data collected is anonymised. By continuing to use this website you agree to our use of cookies. Read more about our cookies
Hi there, we see you're using OS, why not try our app?
Download
Skip to main content

Back in November 2021, NHS Blood and Transplant (NHSBT) welcomed Stacey Dooley to our centre at Speke to find out more about the cornea donation process, speak with the family of a cornea recipient and meet the Tissue and Eye services team.

The visit to the tissue bank in Speke was to facilitate the recording of an episode of the BBC Podcast ‘Fresh Starts’ which released on Tuesday 8 February 2022.

NHSBT Speke houses the largest tissue bank and first purpose-built centre for tissue donation in the UK. Tissues such as skin, bone, corneas, heart valves, and tendons are collected and stored for hospitals across the UK.

Almost anyone can donate their corneas. The cornea is the clear tissue at the front of the eye that lets in light so people can see. This small and simple part of the eye is hugely important for thousands of cornea transplants a year, often saving the sight of patients for many years.

Find out more about cornea donation

However previous research from NHS Blood and Transplant has shown that donation is more likely to be agreed if family or friends know what their relative wanted. 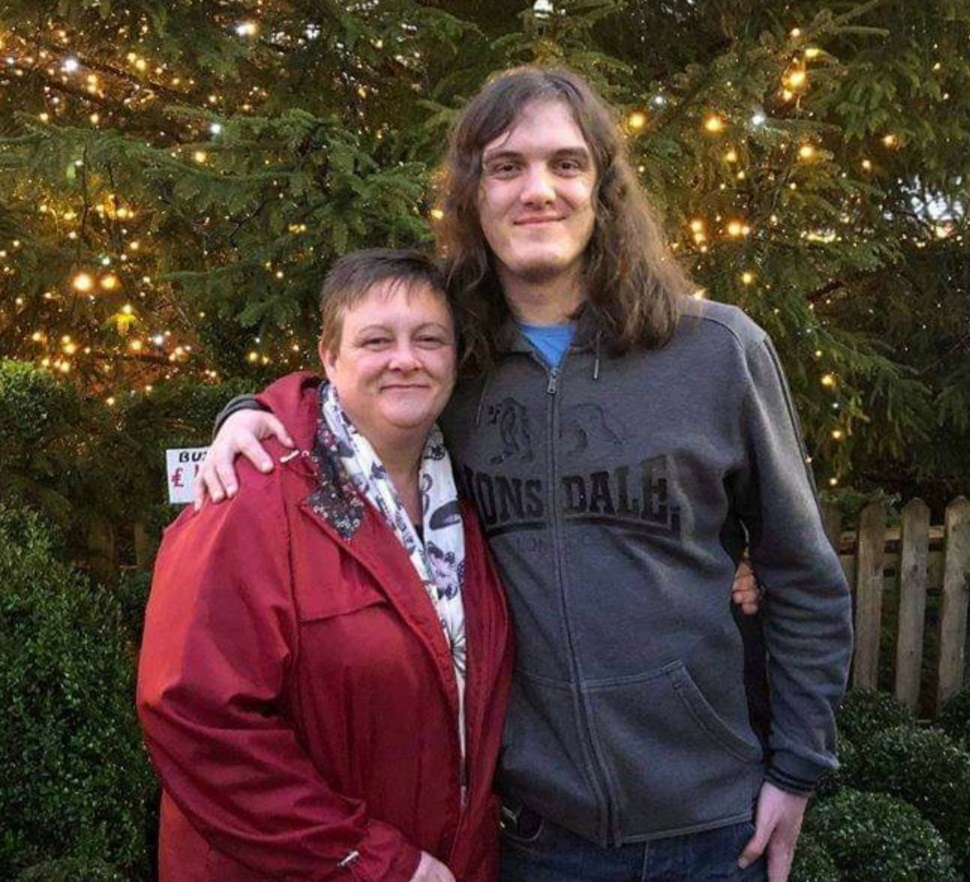 Lucinda and her son Dale live in Northern Ireland and over the past few years Dale’s vision started to deteriorate and he started to become more and more recluse.

Dale suffers with Autism and his mum, Lucinda, said that she would always hear Dale playing video games in his room with his friends online and laughing along. But as his eyesight gradually got worse; Lucinda was no longer able to hear the laughter coming from his room.

During the summer of 2020, Dale got the call to say that a donor was available and he would be able to have a cornea transplant. Now that he is fully recovered, Lucinda says that Dale is back to his former self and happier than ever.

Dale’s love for computer games and his ability to see again means that he is now able to volunteer at a local computer company.

Jo found herself being asked to make that decision when she lost her mum Doreen Morris to cancer in 2012. Devout Catholic Doreen, who was 67, was strongly in favour of donation and, with Jo's blessing, her corneas were successfully transplanted to the eyes of two people, helping to restore their sight.

Jo, who has worked in NHSBT's Tissue Services for 19 years, said: "My mum was on the NHS Organ Donor Register and we talked about her donation decision when she became unwell.

“The night before my mum died, I picked up her purse and her organ donor card fell out. I took that as a sign and my brother and I agreed that we should support her decision. There are now two people walking around somewhere with a much better quality of life.”

Learn more about the common misconceptions around cornea donation.